Love the Stateless Nature of the Web and Be Happy

(This is a technical article about the history of web programming. It may prove interesting to a non-programmer, however.)

The stateless nature of the web is the key to happiness as a developer. 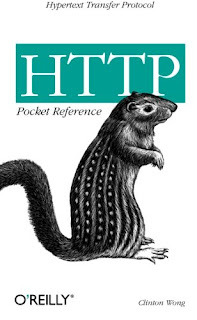 (HTTP is the foundation for web programming, not Framework A or Language B or Abstraction C)

Most programmers did not become programmers to do "plumbing" or "wiring". Most programmers have passions like solving deep technical problems or algorithms or just getting things to work. Most problems do not like solving trivial issues. "Hooking things up" for example, moving data from point A to point B is not why most programmers got degrees or experience or spend their hours late hacking away. But it is exactly the thing to embrace, to master and to be happy with for professional success and personal satisfaction.

And indeed, frameworks and platforms attempted to abstract away the plumbing and mundane tasks and impose a stateful model to increase programmer productivity and still do. For example, the ASP.NET Webforms technology abstracted away the nature of the web. It continued and continued and continued until Microsoft saw the light and created ASP.NET MVC. MVC isn't new pattern. It's been around for decades (or so I've been told). But Microsoft abandoned its page lifecycle model in favor for the loosely coupled MVC model because they finally saw the light.

Moving data from point A to point B is exactly the key to happiness as a (web) developer in every way. Accept the stateless nature of the web as the fundamental problem, and all the fun and wonderful things happen to your life and career.

Those who embraced the stateless nature of the web, and did so from top to bottom, faced success in the past fifteen years. Those who ignored the stateless web, suffered, unless they were lucky. One obvious example is MySpace versus Facebook. ASP.NET Webforms is great, and was good for its time. It allowed COBOL or C programmers to transition to web programming with very little effort or investment of time upfront to learn but more importantly accept the nature of the Internet.

But we all know what happened to MySpace. This is not a knock on Microsoft at all. I happen to like and love Microsoft, and like and love Linux as well. But, eventually Microsoft arrived to the same conclusion that everyone else did; that the stateless nature of the web can only be avoided so long until you pay the price.

No matter what frameworks come and go, no matter what technology comes and goes, the web will always be stateless. You've got a few choices.


So, there are many choices available for those who want to develop for the web. Which one will you choose? Which one will make you happy? That is a question only you can decide.

Welcome to my Programming and Software Architecture blog.

This is where I will post helpful tips and hints I find during the course of my professional and hobbyist career in programming.

Enjoy your stay, and if you want more details feel free to contact me.

Note: Any opinions and suggestions posted are my own and in no way reflect the beliefs, opinions or positions of my employers, past present or future.